skip to main | skip to sidebar

I'm posting this in response to my good friend Mindy's question. Yes, Mindy, we got on the ride! Not only did we get on the ride, but we waited less than 5 minutes to do so!

What am I talking about? I'm talking about the brand new Tony Hawk's Big Spin ride at Six Flags Over Texas that opened yesterday, May 24, 2008!

My son, Adam, and I decided that we were going to ride this today, the second day of operation, NO MATTER WHAT!!! And that is precisely what we did! We arrived at the park about 20 minutes before opening. The main gate was open, so we went in. Now here is where my triathlon and leadership skills came into play. Everyone was being held at a rope in Loney Tune land. So I saw an opening near the far left side. I took Adam by the hand and we headed far left. Most everyone was concentrated on the center. Seems like they always are. In triathlon, the best starting point is far left of the crowd. Less kicks and more free space. So we took our place to the left and the rope was removed. I took Adam's hand and headed left. Hugging the small open area next to the gift shop and moving quickly. As we moved, I noticed an open area and suddenly we were in front of 99% of the crowd.

We entered the queue well ahead of the crowd and according to the info at the photo/video booth, we were the 6th ride of the day. I'm not sure that we were sixth, but we were on the ride in less than 5 minutes of line time.

How does this pertain to leadership? A few simple concepts:

I love this concept. It seems so simple, but how many times have I passed up the opportunity to upgrade or improve my circumstance by simply asking. You can see what Joel Comm got by asking, just by clicking this link.

I literally Stumbled on this site today. It is by Jonathan Mead and it is titled 33 of Life's Most Powerful Lessons. I particularly like #3 and #27. They both speak to me!
Posted by Don at 11:53 PM No comments: 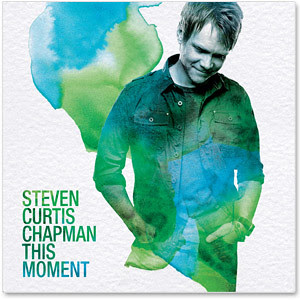 By now you have probably heard about the accidental death of little Maria Chapman, 5 year old daughter of Steven Curtis Chapman. If not, you can read the AP release about it at Daughter of Christian music star killed. I have been a big fan of Stevens for years. I think we have almost every album he has ever made.

There is a song on his most recent album, This Moment, that has always been difficult for me to listen to, but now it will be even tougher. The song is Cinderella. My emotions are always touched by this song and I think this will be a tough song for Steven to sing in the future. I can only imagine what it must be like to both lose a child and have another child involved in the accident that killed her.

Cinderella has always touched my heart because of the daughter that my wife Maria and I lost at birth, Jamie Lynne. The lines that have touched me and I think will touch Steven in the future are:

"Oh I will dance with Cinderella
I don't wanna miss even one song,
Cuz all to soon the clock will strike midnight
And she'll be gone"


Take care and hug your Cinderella or Prince Charming today! I know I will!!!
Posted by Don at 8:38 AM No comments:

Hi! This is my first entry to my blog! Welcome to Stand Tall and Lead. More wonderful posts to come!

What can you expect to read here, just that It's My Life! And as I learn, so will you! And I want to learn from you too, so please check in and post.

As you can see, I'm currently reading "Harmonic Wealth" by James Arthur Ray. Have you read it? If so, what do you think. Also, I've begun working my plan to build a Massive Passive Income by December 25, 2008! I'm going to need your help, so what are some ideas you have used to earn some Passive Income? I just finished attending a great seminar by T. Harv Eker! So few ideas and so much time, wait, strike that and reverse it!!!